I told Becca all about Dr. E and how my sketchbook has helped me not feel crazy.  I haven't shown it to her yet, but I probably will. We got caught up on all the news.  Her biggest thing over the last months was that Billy Bird Thornton died.  They thought he had flown out the window, but then a few days later Mrs. Lundstrom went to fill the humidifier and found the bloated, rotting remains of poor Billy. They figure he got out of his cage, got chased by Pepper and flew into the humidifier and couldn't get out. He probably treaded water in that reservoir as long as he could and then drowned a gruesome death.  Becca wasn't too upset, but her mother loved that bird and still cries when she talks about reminisces about how he would say, "Hooked on Phonics".

Dr E thought it was a good thing to talk about death, even though it is hard.  She said that sometimes the loss of someone in our lives, like my dad leaving, is like a death.  I told her that when I was young, I sometimes told people that my dad had died in a car crash.  She wasn't surprised.  She said, "I bet you said that, because that's how it felt." Dr. E kinda gets me. 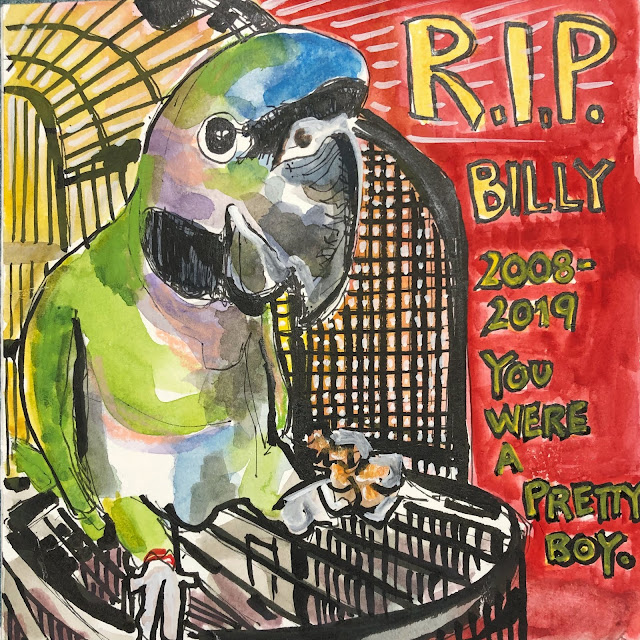